As posted earlier in my blog many banks around the world are working on the Blockchain technology. But central banks are also investing in this technology both with the idea of issuing a pure digital currency and for improving the transparency and efficiency in the financial market.

As you might know China jumped over one whole step on the ladder of telephone evolution, when they rolled out mobile phone network some 10 years ago to people that did not have wired/cable phone at all. People having a phone went from a few tenfold million to almost a billon in a few years. Today China is ahead of rest of the world when it comes to innovative usage of mobile phone internet, led by companies like Alibaba, Tencent, Baidu and others both when it comes to sharing and collaboration and mobile banking. 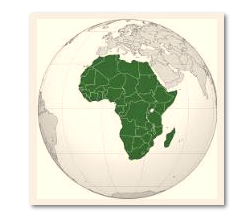 It seems like Africa will do the same when it comes to smart use of mobile phone payment and smart asset transactions. First we got one of the most popular mobile payment platforms in the world in M-Pesa from in 2007 in Kenya making it possible for 20 million Kenyans and another millions in other countries in Africa to pay and receive payment using their mobile phone (an operation run by telecom Safaricom partially own by Vodaphone - no bank involved). Now we got a Blockchain based payment infrastructure in Tunisia, launched earlier this year. It is Tunisia Post Office in cooperation with IT Company Monetas and the local Fintech Company DigitUS. The currency is named eDinar and is a truly crypto currency. eDinar have been around since 2012 with another technology infrastructure, having 600 000 users, but is now converted to Blockchain technology. This will allow millions of non-banked Tunisian to bank by their mobile phone. Monetas have contacted 12 other African countries with some 300 million people to introduce Blockchain based crypto currency in their countries. This might be the largest Blockchain based payment platform in the world in a few years from now, and enable a lot of unbanked people without a bank account to take part in the financial evolution, get out of poverty and be able to pay and receive money safely. (Map from Wikipedia) 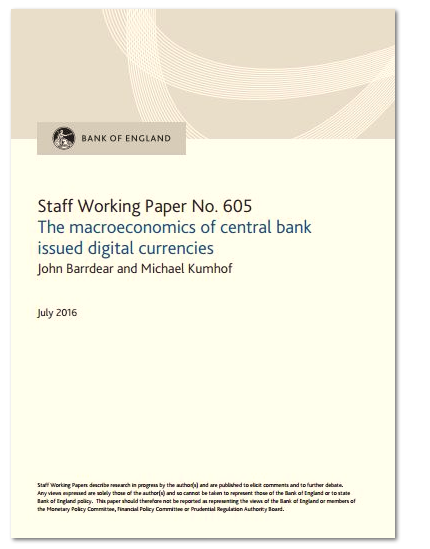 Bank of England has long been open on their investment in Blockchain and possibility to launch a crypto currency. The RSCoin idea was launched earlier this year, but seems to be more a good idea than actually planned to be rolled out. Bank of England released a significant Blockchain paper this July “Macroeconomics of central bank issues currencies”. Here they also evaluate for private persons to make deposits in the central banks (in competition with banks) risk-free and in a crypto currency. It concludes that UK GDP will raise 3 % due to lower cost of transaction and better efficiency. In addition central bank gets a new tool to better control and stabilizes the economy.

Both Russia and China has release similar documents earlier. What’s interesting is the macroeconomic though their share likes (this is only a few):

They cannot issue new digital money in addition to money already in circulation that will generate high inflation as money supply will be too large. BoE suggest investors to swap government bonds/debt for digital currency = no extra money supply in circulation.

The cost of payment will be reduced to the cost of mining the block, this means substantial cost reduction for all people and business in the country, increase money efficiency, part of increasing GBP by 3 %. BUT (I am employed in a bank), the banking business will lose some 2-4 % of their revenue stream. Private persons will be allowed to deposit money in central bank with interest bearing wallets, risk free.

My question to central banks is “Have you considered the effect of Fractional-reserve banking?” 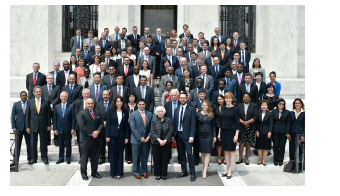 Rest of the world

IMF and USA FED invited to a meeting in Washington DC this June discussing Blockchain and Fintech, and what impact this will have on the global financial markets. 90 Central banks around the globe participated. Jannet Yellen of US FED said “I encourage central banks to do all they can to learn about financial innovation including Bitcoin, Blockchain and distributed ledger technologies”.

In addition to Bank of England, Canada, Singapore, Australia and Netherland among others have projects to find ways to leverage on the Blockchain technology. The June meeting in Washington also revealed that most central banks are investing in the technology, but do not disclose their investments and projects in public. (Photo by CDC)